Salvestrols in Cancer and Chronic Diseases

We have known for a long time that special plant substances have a specific anti-cancer effect. We have already discussed many of them. In humans, plant substances such as salvestrol stimulate an enzyme that can stop cancer and even make it disappear. This was first described by the English professors Dan Burke and Gerry Potter.

Fact is, that thousands of cancer cells are produced in our body every day, but most of them are broken down quickly and efficiently and do not lead to tumour formation because our organism manages to kill tumour cells. To do this, it needs an intact immune system and also special bioactive plant substances, which we find in fruits and vegetables from organic farming. Salvestrol is a very special group of secondary plant substances that are part of the plant’s natural defense system. They are especially formed when the plant is attacked by pathogens.

When salvestrols are formed

If, for example, a fruit is attacked by a fungus, the plant produces at this point a specific salvestrol, which then accumulates in the skin of the fruit and especially at the attacked point. It is precisely these healthy plant products that we need in our food so that our organism can use them to protect itself, not only against infections and parasites, but also against cancer. Observations in humans have shown that we not only have better health if we ingest enough salvestrols, but also have less frequent cancer. In a complex therapy setting, a tumour can even disappear.

What is fatal for all of us is that conventionally grown vegetables, fruits and herbs are usually sprayed with artificial “pesticides” and as a result hardly form any protective substances themselves and therefore contain little or no salvestrol at all. Our current diet is therefore mostly poor in salvestrols. As we are exposed to increasing environmental pollution more than any other generation before us, agriculture is additionally burdening us with environmental toxins through vegetables and fruit. This represents an additional and dangerous stress factor for our organism. A consequent change to wholefood or the specific dietary supplementation e.g. with salvestrol extracts can be helpful.

There is lots of literature about the connection between cancer and nutrition. Ketogenic diets and calorie restriction have proven to be particularly important. But also secondary plant substances such as genistein, curcumin, green tea, resveratrol, artemisinin and many more have proven to be very valuable and important in the primary and secondary prevention of cancer.

Professors Dan Burke and Gerry Potter from the University of Aberdeen discovered in the 1990s a fundamental mechanism how our body defends itself against cancer. As the key to this they found a new enzyme in tumor cells, which they called CYP1B1. When this enzyme is activated, it causes the body to detoxify harmful metabolic products, foreign toxins and carcinogenic substances such as pesticides, environmental toxins etc. It is striking that the CYP1B1 enzyme is only found in cancer cells and in cells in their preliminary stages, but never in healthy cells. In the future, detection of the CYP1B1 enzyme in cells will probably make it possible to discover cancer at a very early stage.

Burke assumes that the enzyme is “switched on” in the “degenerate” cells as a self-healing mechanism to break down and excrete cancer cells and toxins. However, in order for the enzyme to become active against the tumour cells, it needs a “partner”. At first, a synthetic substance was developed which makes the CYP1B1 enzyme an “anti-cancer therapist”. In 2002, however, it was discovered that resveratrol, a natural phytoestrogen known from the “red wine effect”, which is found in red grapes, red wine, peanuts, currants, plums, tomatoes and pines and among other things, also reacts with the CYP1B1 enzyme.

Since then, over fifty partner substances have been found in plants, including certain bioflavonoids, carboxylic acids and so-called stilbenes (phytoestrogens) and stilbenoids (including resveratrol), all of which are found in normal vegetables, aromatic herbs and fruit. Also many traditional medicinal herbs have a high content of salvestrol. These chemically so different compounds have all in common that they destroy cancer cells after activation by the CYP1B1 enzyme. They vary greatly in their effectiveness, absorption capacity, durability, heat sensitivity and water or fat solubility. Often bitter or pungent tasting plant substances act as salvestrols. It is fatal that exactly these flavours have been bred away from the vegetables, so that the plants can only form a small amount of salvestrol. Plants with a generally higher salvestrol content from organic farming include artichokes, asparagus, watercress, rocket, spinach, pumpkin, olives, currants, apples, rose hip, strawberries, sage, mint, dandelion, plantain, milk thistle, agrimony, lemon verbena and rooibos tea.

Therefore it is advisable to give the body more salvestrol by eating unprocessed, organically grown vegetables, fruits and aromatic herbs to achieve best protection against cancer. Gentle ways of preparing vegetables to preserve salvestrol are steam cooking and wok. As a rule, salvestrols are quite heat-stable, but are leached out by the cooking water.

In the meantime, there are already special concentrates made from organically grown vegetables or fruit, which have been selected for their high salvestrol content. A point rating indicates the salvestrol content per capsule and ranges from 350 points to 2000 points. To maintain good health you need about 100 points. For a therapeutic effect, however, one should take the corresponding capsules with 2000 to 4200 points daily. For serious illnesses we ideally combine the active ingredients of Salvestrol with a multivitamin preparation and supplementary micronutrients such as biotin, niacin, vitamin C, magnesium and selenium. Together with an increased oxygen intake either through physical exercise or oxygen respiration, especially through IHHT, salvestrols can make a significant contribution to the recovery of cancer.

Positive influence of cancer through the right diet and plant products

The range of effects of salvestrols is, in fact, astonishing: In laboratory tests, their positive effect on tumour cells which come from brain, breast, prostate, rectum, ovarian, testicular and lung tissue have been demonstrated. There are also positive clinical results. We ourselves were able to make such observations repeatedly with our patients.

Summary: How nature deals with cancer

Salvestrols are effective plant substances that can give tumour patients new hope. They are a natural component of the plant immune system, which can also have extremely positive effects in the human body. Evidence from research shows that a healthy diet containing sufficient amounts of salvestrol can prevent cancer, reduce the risk of cancer and help those already ill to recover. Fresh organic food, especially ripe fruits and vegetables – especially red and green varieties – contain sufficient vital substances and also salvestrols to ward off diseases. Salvestrol in concentrated form is also available as a food supplement that has a preventive effect and also supports the healing process. Scientifically, researched case studies show that many patients have recovered with it. A forward-looking new approach – clear, fact-rich and vividly presented. 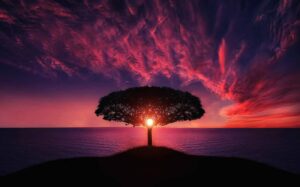